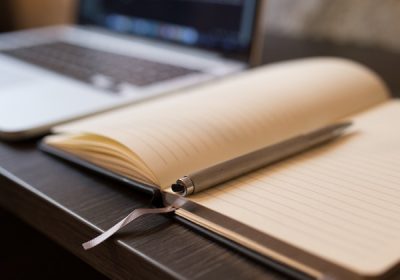 Nouns are the building blocks of language learning and English grammar. Nouns are one of the first things that people study when attempting to learn any new language. The English language contains more nouns than any other type of word.

A noun is a word that refers to a person, place, thing, or idea. It is one of the basic building blocks for how we refer to things in the world around us. The other building block is verbs. They tell us what the nouns do.

A noun naming an idea, feeling, state, or quality is called an abstract noun.

Here are a few hints to find the nouns in a sentence.

There are several types of nouns

Nouns are either common nouns or proper nouns.

Have you been to London?
London is a specific place. It is a proper noun.

Ashok Kumar was a very talented actor.
Ashok Kumar is a specific person.

Countable nouns are nouns that can conceptually or grammatically be counted. There can be just one of its kind or there can be more than one.

Non-Countable nouns are nouns that cannot be counted such as:
excitement, sugar, ketchup, sadness

Countable nouns have plural forms that mean “more than one”

Countable nouns can be counted with numbers. For example:

In sentences, singular countable nouns must have a determiner before them. These include the words the, a, or an.

The plural forms can take determiners such as the, these, those, several, few, some of, many.

Non-countable nouns cannot be counted. So they do not have plural forms. For example, say:

I have money. Not I have moneys.
Money is non-countable. It refers to a collective thing. It does not have a plural.

I have a lot of money.
This sentence emphasizes how much money. Use a phrase like “a lot of” instead of the plural.

Non-countable nouns often follow words such as some, much, little, an amount of. We cannot add a or an before them. It is wrong to say ‘a bread’ or ‘a furniture’. For example:

Do you want me to buy a loaf of bread?
To talk about a certain amount of bread, use a phrase like a loaf of.

She has long blonde hair.
Hair is uncountable here. We are talking about all the hair on her head.

I found a hair in my soup!
In this sentence, we are talking about a single strand of hair. It is countable.

The Christmas tree was covered with hundreds of lights.
Here, light is a countable noun. It is plural.

I couldn’t see anything because there was no light.
Light is used as an uncountable noun.

Some nouns are countable in other languages but non-countable in English and they must follow the rules for non-countable nouns. The common ones are:
accommodation, advice, bread, furniture, luggage, news, progress, traffic.

A collective noun names a group of people or things. Examples include:
Committee, class, flock of geese,bunch of flowers, pack of mules, complex of buildings
Using Collective Nouns
We think of the collective noun as one thing. A collective noun is usually used as a singular noun. For example:

Our class went to the museum today.
The class is a unit.

Sometimes a single collective noun can imply singular or plural in number.

The team is winning!
Here the team is seen as one unit.

The team are cooperating well tonight.
The team is seen as many individuals.

Compound nouns are nouns made up of two or more words. For example:
Stowaway, bathtub, boarding pass, mother-in-law

Sometimes the words are directly connected, such as baseball. Other times there is a space between the words, as in train station. Some words are connected with a hyphen, such as merry-go-round. The dictionary is the best place to check the spelling.

Nouns are essential part of English Grammar, and you will not be able to learn English or improve your spoken English without practicing English grammar. We understand that it takes time and effort, which is why we are here to make your language learning experience a little bit easier. To practice your English grammar from the comfort of your home, try the free EnglishHelper English speaking course.