Learning English: Correct Usage of Who and Whom? 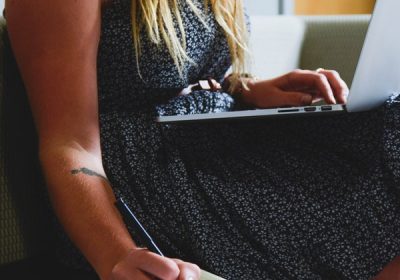 Last Sunday I decided to give my brain a break from learning English and English grammar, and what could be a better distraction than tuning in to a rerun of F.R.I.E.N.D.S on Comedy Central?

All is well, nostalgia is running high, my brain is comfortably at rest until Monica mocks Ross for correcting people’s grammar: “Pfft ‘It’s whom, not who’… SOMETIMES IT IS WHO, ROSS!”

Some Confusing Pronouns in the English Language

When is it whom and not who though? While learning English, many people are confused about the proper usage of who and whom. Many people prefer to take the easier way out and use who in place of whom. Before this reaches a point where whom starts displaying under archaic and dated pronouns, let us at least give whom a chance at survival.

Formal English grammar simply distinguishes who and whom as per their positions in the sentence. To put it simply, Who takes the nominative position, also known as the subject of the sentence. Whom, on the other hand, is the object of the verb and comes after a preposition.

Wrong: To who are you writing the letter?

Correct: To whom are you writing the letter?

Wrong: Several people attended the ball, many of who didn’t even have a partner.

Correct: Several people attended the ball, many of whom didn’t even have a partner.

Wrong: The man whom appeared on the talk show is my professor.

Correct: The man who appeared on the talk show is my professor.

A popular trick to remember this distinction is by replacing who with the subject pronoun (I, he), and whom with the object pronoun (he, him). Now let’s try to rephrase the following sentences into a question using Who or Whom.

Another trick is to ask the following questions when using who and whom:

Are we talking about someone doing an action?

[Or] Are we talking about someone who is having an action done to them?

Here’s an example: Lee baked cookies for the family.

Here, Lee is the one doing the action, and the family is at the receiving end of the action. If we were to ask, ‘Who baked cookies for the family?’ – The answer would be Lee, who did the action.

However, if we asked ‘Whom did Lee bake the cookies for?’ – the answer would be the family, who had the action done to them.

To sum it up, remember to use ‘who’ in the place of a subject, and ‘whom’ in the object’s position of the sentence.

‘Why did I write this’ you ask? Simply because no troublesome pronouns can get away with (almost) spoiling a perfectly lazy Sunday afternoon. In any case, I hope we stay inspired to learn English and to love it with its confusing pronouns and evil homophones. While learning English, It is important to avoid these grammatical errors.