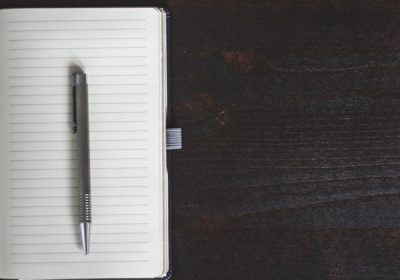 We are continuing our discussion on nouns and English grammar! If you have not read our blog post on the introduction to nouns, it would be a good place to start before reading this one.

In this blog, we want to begin to talk you about using nouns properly. When you learn how to use nouns in the correct way, it will make your English language learning experience easier and will also improve your English grammar.

This blog will focus on the singular and plural forms of nouns, and the regular and irregular form of plural nouns as well.

Try to practice speaking all the example sentences we have provided so you can improve your spoken English.

Singular and Plural Forms of Nouns

Most nouns change from singular to plural with -s or -es.
Most nouns are changed to the plural form by adding the letter -s at the end.

There are some exceptions to this rule:

Some nouns end in -s or similar sounds. These nouns become plural with -es. Nouns that end in -s, -sh, -ch, -x or -z take the ending -es.

Most nouns ending in -o take the ending -es.

However, some nouns ending with an -o add an -s only.

Nouns ending in -y following a consonant. Change -y to -i-. Use the ending -es.

When a noun ends with -y following a vowel, use the ending -s.

Sometimes there are no easy explanations for the rules of English language plurals. When in doubt, check the dictionary for the correct spelling.

Some nouns are the same in the singular and plural. For example:
Deer, sheep, species

Some nouns may have two different kinds of plural, such as:

The plural is fish because the sentence talks about fish in general.

You need to know if the noun is singular or plural when you write a sentence. In sentences, the verb changes for singular or plural nouns. It has to ‘agree’ with the noun. We will learn about this in the lesson Subject-Verb Agreement.

Collective nouns are usually singular, even though they might sound plural. They refer to a group or collection as one item. For example:
crowd, flock, committee, a hundred dollars

The crowd refers to a group. It acts like a single item and the verb is agrees.

Non-countable nouns do not have plural forms. They act like singular nouns in sentences.

Improve your English Grammar with EnglishHelper

This was a short lesson in the proper use of nouns in their singular and plural forms. Practicing your English grammar is important if you are trying to learn English. We understand that it takes time and effort, which is why we are here to make your language learning experience a little bit easier. To practice English from the comfort of your home, try the free EnglishHelper English speaking course. It will also help improve your spoken English.

For more articles on English grammar, follow us on Tumblr and Mix!