Reversing the Migration – from ‘Free to Fee’ | Education System 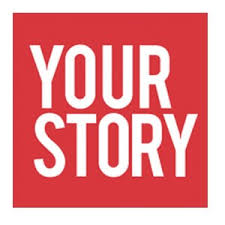 A recent authored article penned by Sanjay Gupta, CEO, EnglishHelper and published by YourStory (Sep 20th, 2019) talks about how the Indian school system needs to urgently reform in order to capitalise on the existing framework. From shutting down government schools with below par occupancy to going digital, there is a long road ahead for the Indian public education system.

Sanjay says, “The problem is further compounded by the steady outflow of students from government schools to private institutions. It is estimated, based on trends over the past decade, that every five years’ government schools will lose almost 15 per cent students to their private counterparts.”

The article explains the private education system may not always offer the quality of education that many students from low income families are seeking. The Indian private school network comprises over 200,000 schools that are described as ‘affordable’ because they charge a fee of Rs. 15,000/- per student per annum. Owing to this, the academic quality of such affordable or ‘budget’ schools may suffer.

Sanjay recommends a few solutions to solve this problem. These include consolidation of schools, implementation of technology to aid learning and the engagement of private enterprise to drive reform.

Sanjay concludes his article by saying, “We have the largest number of schools, and despite that are trailing behind in the quality of education delivered. We cannot sit-back and wait for the tide to turn. We must revitalise our government schools and reverse the migration from ‘free to fee’.”

The original article has been authored by Sanjay Gupta and has been published in YourStory.