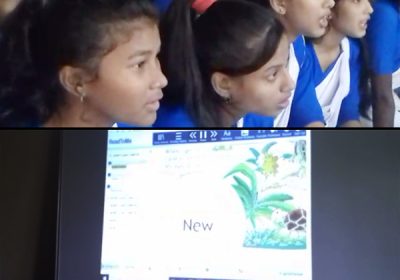 RightToRead -Technology and Education in the Schools of Assam

Improving English Literacy with the Aid of Technology Across 21 Districts of Assam Assam has over 65000 government schools with more than 50 lakh school going children. As per ASER 2018, basic education in Assam has some distance to cover; only 33.5% of students in grade 5 are able to read a grade 2 textbook. The situation with learning English […]

END_OF_DOCUMENT_TOKEN_TO_BE_REPLACED

An Edtech Solution to Transform English Literacy in U.P. Schools

RightToRead- An ‘Edtech for English Literacy’ Initiative – Early Days in U.P. RightToRead is an EdTech solution that aims to enable English literacy. The RightToRead program was launched in U.P. for grades 6-8 in a few government schools in partnership with Schoolnet. A small cohort of private schools were also provided the technology enabled English reading and comprehension program. A […]

END_OF_DOCUMENT_TOKEN_TO_BE_REPLACED 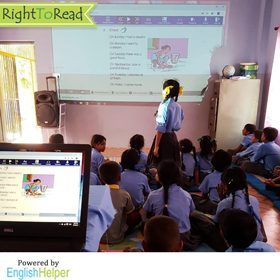 An Edtech Initiative in Nepal Schools for Learning English

RightToRead- An ‘Edtech for English Literacy’ Initiative English teaching and learning in schools of Nepal is undergoing an amazing transformation with the edtech initiative, RightToRead. The initial launch covers grades 3-5 in 48 government schools across 8 districts of 4 provinces. Almost 100 teachers and over 5000 students are covered in this phase. This project is a partnership between EnglishHelper and Nepal English […]

END_OF_DOCUMENT_TOKEN_TO_BE_REPLACED 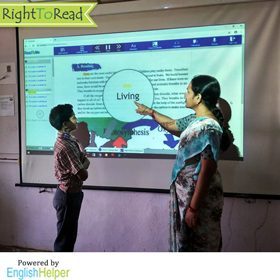 RightToRead – Enhancing English Literacy in Schools of Telangana | An EdTech English Initiative In Telangana, many initiatives have been introduced to improve English reading and comprehension of government school students. English is part of the prescribed curriculum from grade 1. Despite this focus, there aren’t many Edtech English learning interventions and initiatives in the state.  English is still a […]

END_OF_DOCUMENT_TOKEN_TO_BE_REPLACED 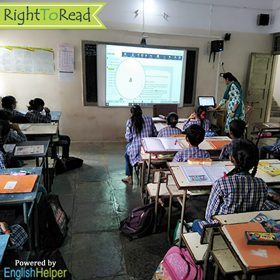 English Proficiency in Gujarat with ReadToMe®

English Proficiency – RightToRead in Gujarat – How it Began In 2014, the RightToRead program was launched in Gujarat, in 80 government schools in partnership with American India Foundation. The initiative was supported by the United States Agency for International Development (USAID). In 2016-17, an independent impact assessment by a qualified assessment agency was conducted. The tests revealed there was […]